Recently in my crusade to get a 100 on Lighthouse on a recent project I wanted to test converting all of my images to a “next gen format”. To do this, I used Google’s webp conversion tool via homebrew.

Once you have homebrew installed, install webp using:

Now you can convert a single image using:

For a batch of images, that would get a bit tedious. To solve, I installed Parallel via homebrew.

Once parallel and webp are installed you can navigate to your directory of choice and run:

This of course only searches for images with a png extension. Webp has support to convert jpg, png and tiff files, so just adjust the extension accordingly.

According to caniuse.com, webp is supported by most major browsers. Given most of my projects still require some support for IE11, you’ll need to use the picture element with a fallback to a supported image format. In the code below, that fallback is set to a png file. 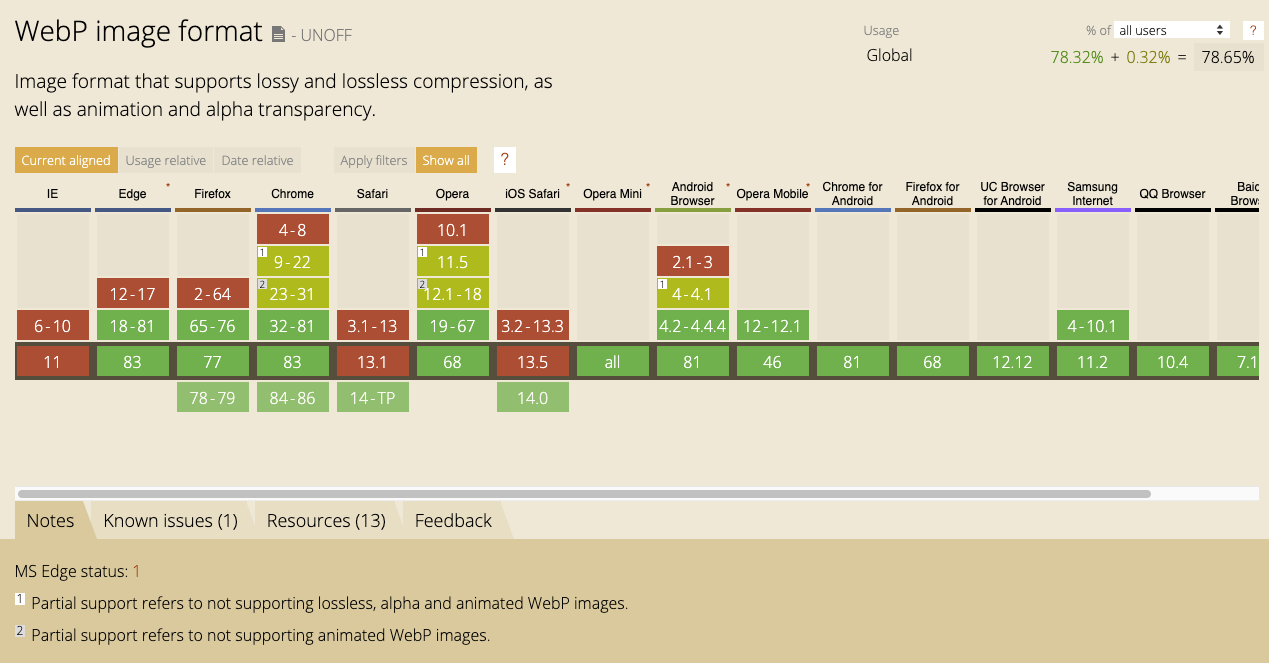 ← Enable Window Tidy on Mavericks
Running Ethernet throughout my house →